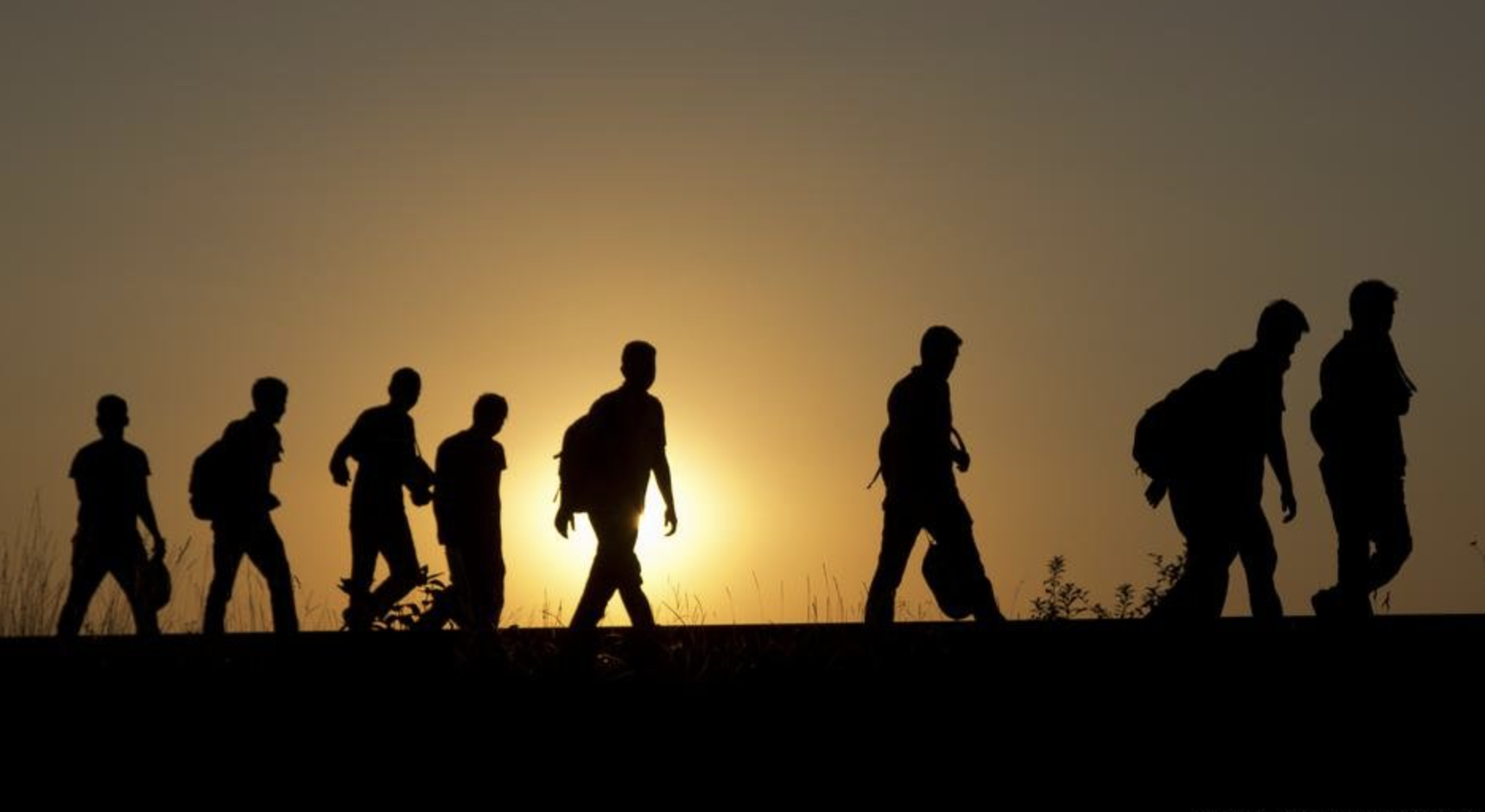 The Statue of Liberty was completed in 1876. Since then, been a beacon of hope for millions of immigrants as they looked out from the bow of an ocean liner, sailing into New York Bay.

If they were particularly eagle-eyed, they might've read the inscription on the tablet Lady Liberty is holding: “Give me your tired. Your poor. Your huddled masses, yearning to breathe free.”

And yet what would the U.S. be without the talent and toil of millions of immigrants? Where would the sciences be without Albert Einstein or Nicola Tesla? Hollywood without Guillermo Del Toro, Mila Kunis or Jackie Chan? Even the highest halls of government would miss out on legends like Henry Kissinger and Arnold Schwarzenegger.

Millions still dream of going West to chase the American Dream. I say let them.

Better yet, let's make it as easy as possible.

No Babies, No Immigration, No Growth

Growth in the West has been declining for decades.

Fewer new businesses are started every year. And those that do are less likely to survive, being pushed out by larger competitors. At the same time, more money is spent on corporate bonuses and stock buyback programs that at any other time in history. Even the tech giants, for all their talk of building the future, prefer to sit on hundreds of billions of dollars in cash, rather than spending it on new R&D.

The near-logarithmic growth that the West enjoyed since the Industrial Revolution first started to slow in the 1960s. Previously the period it took for the world economy to double was getting shorter and shorter. But around 1960, the doubling time suddenly stopped decreasing. The economy still grew, but only by a couple of percent each year.

At the same time, populations in the West stopped growing as explosively as before. Today, the Baby Boomers are the largest generation this world has ever seen. And all across the globe, it's the Boomers that are causing populations to age faster and faster.

A nation is a reflection of its population. An elderly nation is one that's lacking in vitality and growth. Health care costs and tax burdens rise, leaving less money that can be invested in education and infrastructure. There are fewer workers to go around, causing labor prices to soar and competitiveness to go down. Not having enough babies is a surefire way of making a country poorer.

Which is why it's particularly scary that, except for Israel, every wealthy country on Earth is about to see a demographic collapse. The U.S. is the only Western country that's bucking this trend. But only because of millions of immigrants still flock to it.

Immigration is our way out and perhaps even a way of reigniting growth. But the system is absolutely moronic.

Freedom Of Movement For Me, But Not For Thee

Until the start of the 20th century, passports were rare. They were the hallmarks of unfree societies. In Jules Verne's Around The World In 80 Days,  Phineas Fogg arrives in Egypt and is told that “Passports are only good for annoying honest folks” But then World War I came. Borders were sealed and we were stuck with our little pieces of paper, deciding where we could and could not go.

How come that in a globalized world with free movement of goods, services and information, people are somehow exempt? It is telling perhaps that only 3% of the world population lives outside the country they were born in. So much for globalization.

Highly-skilled migrants are a net-positive for any economy. But even for the cream of the crop, the process is needlessly complex and random. Nothing exemplifies this more than the U.S. visa program for highly-skilled workers, the H-1B.

It's an absolute mess.

The H-1B visa is meant for people with extraordinary skills or qualifications in the fields of engineering or medicine. To get one, a company has to sponsor your application. They essentially tell the U.S. government why they need your particular expertise and why they cannot hire an American to do the job instead. Based on that (and a whole lot more), you visa application gets approved or rejected.

But here's the kicker. Let's say you get your visa and you move to the U.S. to work at your new job. Your visa, and therefore your ability to stay in the U.S., is wholly dependent on you remaining an employee at the company that sponsored your application! In effect, you become trapped in being an employee for the company. After all, if you quit, you're going to be deported.

This gives an employer ridiculous amounts of leverage over their visa-dependent employees. There have been countless stories of H-1B visa-holders being underpaid, having wages withheld, and not being consistently passed over for promotions. The unspoken threat is evident.

But that's assuming you even get the visa in the first place. The U.S. only gives out 85,000 H-1B visas every year. And supply usually runs out in a matter of days.

To combat this, the U.S. has instituted a lottery to decide whether or not you can even apply for a visa. That's right, there's no guarantee you'll even be allowed to file a visa application, let alone that it'll get accepted.

By rejecting the world's best and brightest, the U.S. is simply shooting itself in the foot.

A Return To Form

Immigration can provide the revitalization the U.S. so desperately needs. The world is awash in talent. All the U.S. needs to do is throw open its borders to the talented, the intelligent, and the successful. Like a headhunter poaching engineers at big tech firms, I want to snoop up the world's greatest talents and lure them to the U.S.

You're a 24-year old Estonian with a PhD in Material Science? Congrats, you're a US citizen in 7-10 working days.

High-tech industries are already awash with foreign-born employees, most of them on H-1Bs. So it's not like this would represent a monumental deviation from the existing model. We're just making it easier.

But since immigration is a hot-button issue for American voters, it's important to note that this wouldn't represent a monumental change in policy. High-tech industries are already awash with foreign-born employees, most of them on H-1Bs. It's not the software engineers from Nigeria or the neurosurgeons from Pakistan that are causing conservatives to have a hissy-fit. Hell, the CEOs of Twitter, Alphabet, Microsoft, and Adobe are all Indian-born. Yet you won't see a single Congressman or Senator claim they're not contributing anything to the country.

Whether it's Alexander Hamilton quite literally making the nation into what it is today, or Albert Einstein helping it unleash the powers of the atom, the U.S. has always benefitted most from those not born on its shores.

So what would happen if it became official policy to lure the most intelligent and accomplished researchers to the US? What if we tripled the number of PhDs in the US? In a similar vein, what if Silicon Valley suddenly had access to ten times the number of world-class engineers?

By brain draining the world, we're farming for outliers. The once-in-a-generation talents. The geniuses. The inventors. The artists. The researchers. The entrepreneurs. All we need to do is give them a shot and watch their talents bloom.

Every entrepreneur that can't fund his startup because of his visa is a potential economic miracle the US will never benefit from. Every researcher without a green card is one potentially Earth-shattering discovery that might not happen.

By restricting high-skilled immigration, the U.S. is rejecting that which made if great in the first place.