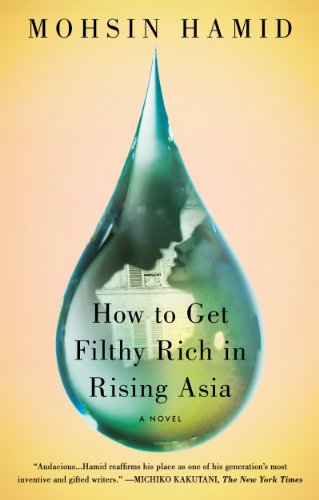 How To Get Filthy Rich In Rising Asia - By Mohsin Hamid

A cautionary yet emotional rags to riches story. Relatable and moving regardless of age or background, I've given away more than a dozen copies so far. The last two pages are a real tearjerker.

Time is the stuff of which a self is made

But whereas achieving a massive bank balance demonstrably attracts fine physical specimens desperate to give their love in exchange, achieving love tends to do the opposite. It dampens the fire in the steam furnace of ambition, robbing of essential propulsion an already fraught upriver journey to the heart of financial success.

Just as self-help books spouting idealism are best avoided, people so doing should be given wide berths too.

Many skills, as every successful entrepreneur knows, cannot be taught in school. They require doing. Sometimes a life of doing. And where money-making is concerned, nothing compresses the time frame needed to leap from my-shit-just-sits-there-until-it-rains poverty to which-of-my-toilets-shall-I-use affluence like an apprenticeship with someone who already has the angles all figured out.

Risk brings with it the potential for return and you have begun to recognize that a home of your own is an illusion, unless financed by cold, hard cash.

Wealth comes from capital, and capital comes from labor, and labor comes from equilibrium, from calories in chasing calories out, an inherent, in-built leanness, the leanness of biological machines that must be bent to your will with some force if you are to loosen your own financial belt and, sighingly, expand.

We are all refugees from our childhoods. And so we turn, among other things, to stories. To write a story, to read a story, is to be a refugee from the state of refugees. Writers and readers seek a solution to the problem that time passes, that those who have gone are gone and those who will go, which is to say every one of us, will go. For there was a moment when anything was possible. And there will be a moment when nothing is possible. But in between we can create.

ONE: MOVE TO THE CITY

TWO: GET AN EDUCATION

FIVE: LEARN FROM A MASTER

SIX: WORK FOR YOURSELF

SEVEN: BE PREPARED TO USE VIOLENCE

NINE: PATRONIZE THE ARTISTS OF WAR

ELEVEN: FOCUS ON THE FUNDAMENTALS

TWELVE: HAVE AN EXIT STRATEGY

Age of Ambition - By Evan Osnos